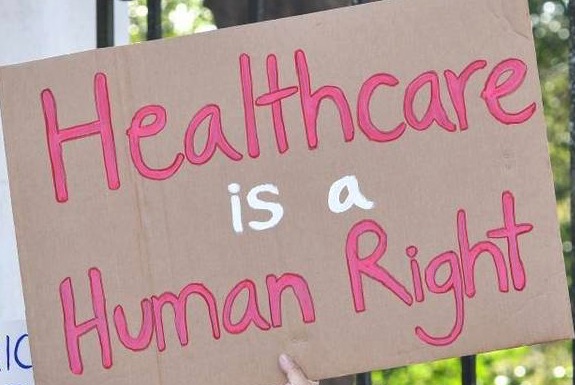 I was looking at my archives and found Notes & Links: October 21, 2013. I posted a piece that Dan Munro a healthcare contributor at Fobes had on Obamacare Numbers Success or Failure? Munro noted that there were 476,000 health insurance application were filled through ACA Federal and State exchanges. Since then we can say a few more Americans have applied with over 20 million people have health insurance either through public o private options. As of December 24, 2016 there were 11.5 million people who used the federal marketplace to buy health insurance. 8.9 million renewed their coverage or bought new plans to replace existing plans. 2.6 million new people enrolled. It was so cute that Munro ends that piece from 2013 noting that the ACA is the single biggest target on Obama’s back. You think.

Fast forward to Munro article in Forbes Trump Acknowledges That The ‘Replacement’ Of Obamacare Will Span Years. This was pulled from President Trumps interview with Bill O’Reilly. Besides the fact Trump is seeing that the ACA can’t be just turned off without doing great harm to millions of Americans. Ultimately in rich and ironic way the GOP is being forced think about outcomes that are not tied to punishing former President Obama. GOP oh my. Which brings me to my final thought here.

As the ACA is repealed, replaced, or repaired there will be reams of pages written about the harm these actions will have on the sick, the old, and the young. There will be competing projections of what these changes will produce. For now the little we know about what will be done or considered is not enough to get our outcomes arms around.

I would like to imagine that someone, some academic institution, some group of thinkers will set up a site to track key healthcare outcomes retrospectively from the beginning of the ACA to its ‘repair’ and then going forward. Surely there will be measures of those who have and don’t have health insurance and measures of cost of health insurance and more. I am hoping we can get into the granular data that may takes years to revel a trend.

Just to throw out some ideas: Measure standards of care treatments and their outcomes for specific conditions. Compare Repaired ACA to Pre-Repaired to Non-ACA health insurance. Will we see worse outcomes in one group vs. the other group?. Are treatments offered as first line differ between measured segments? Is the life expectancy for similar diseases and patients shorter or longer between segments?

I am not a statistician nor an epidemiologist (obviously). So I’m not sure any of this can be done. Should it be done? Yes, because this is the type of evidence (not alternative facts) that the fix and repair GOP made into law. We need to know if it’s keeping Americans alive and healthy. This GOP driven destruction of Americas health is similar to the Death Panels feared in 2012 by the GOP. Now they get to enact their dream, thinning the herd of poor, sick, and non-GOP voters.

Bonus link, One World In Data. Really great charts and graphs on healthcare.