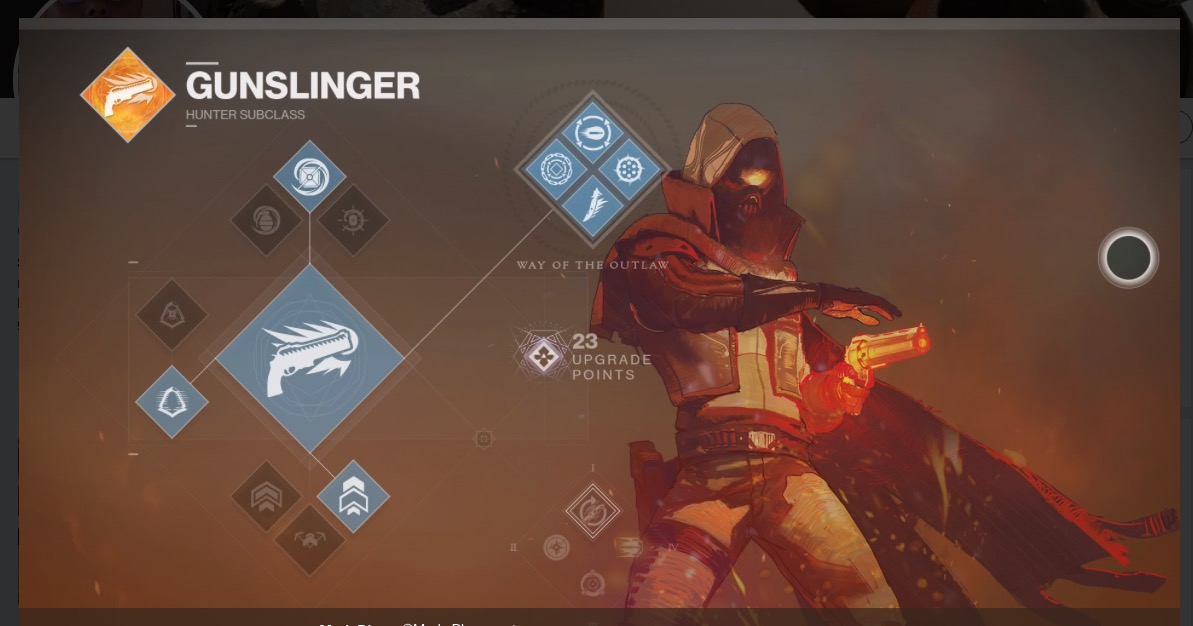 Have you ever read a book (Ready Player One) or saw a film and realized that you’re missing a reality in your life?

I just finished Ready Player One, the 80’s pop culture, video gaming book by Ernest Cline and suddenly my thoughts about video gaming (shared here, here, here, and here) seem naive and misunderstood. Deeper reflection on the book and my first, second, and third response to Ready Player One is summed up by this: “Going outside is highly overrated.” Anorak-s-Almanac.

Let me explain. If you heard this just scroll down. I’m an old/new gamer. Three and a half years ago I started playing console video game(s) never having gamed, like ever. I will add, I am of a certain age (While diving in the Caribbean the instructors described people on cruise ships as, Newlywed, Over Fed, and Nearly Dead). I am in the later group. An age where getting off the sofa after two hours of killing things is an effort not dissimilar to walking after shoveling snow for five hours. It has gotten to the point where right hand securely grasps the cushion of the sofa pushing down to rise as slowly as a sunrise with more grimace and less sunshine. Yes that old. I started playing Destiny when it launched. Only later in that first year did I learn it was a AAA game (i.e. big person game).

Jumping into gaming with a AAA game can only, in the harsh light of 20/20 hindsight, be described as naive enthusiasm bordering on having the training wheels taken off your bike. ‘Yes yes I can do it.’ Only to need a skin graft on your knees and elbows.

Learning to use a controller was an exercise in frustration. All those buttons, bumper, trigger do all of this, shooting, aiming, jumping, running, sliding, dancing, waving, etc. Being the deep thinking I am, I just booted up and played. Played poorly with no baseline of gaming knowledge or skills. Sullen and alone I played partly because I didn’t know how to friend on Playstation and later when I did learn I was embarrassed at my skills. Did I just say skills? That’s a joke yet, I kept at it. Kept being frustrated yet elated when I leveled up, got a drop, or found loot. That is what gaming does or anything for that matter, rewards you enough to keep you interested. Finding the milk hasn’t spoiled in the fridge is reward enough some days. Wouldn’t you agree?

During these three years of Destiny 1 I went to PAX three times. I was embraced by the gaming and Destiny community even though I am an unskilled newbie. “You like me you really like me.” PAX served up a piping hot plate of emotional adrenaline with a well of enthusiasm gravy sitting on the mashed. All of which kept me going and made me a bit delusional about my gaming chops. Those chops would disappear like floater in the bowl once I booted in and saw others play or watched my self play. It’s true white old men can’t jump.

Leave us not forget besides the controller there are other elements to gaming. The story. Game play. Upgrading weapons and armor. WTF is that stuff? Still like the savant on the short bus I kept at it with my eyes on the prize. I’d settle for a simple prize, not having to look where to put my fingers on the controller. S l o w l y I leveled up and increased my light all the while vacillating between I am an idiot to I am okay. When ever I thought I was okay I would raid with friends and a blinding light of insight was illuminated in flashing neon “You’re a moron.”

None of that kept me from preordering Destiny 2 with the explicit mission to learn how to play before I just played. Oh the best laid plans of mice and men. I ended up grinding to get to a light of 20 then did the missions…being widowed/childless and not engaged in the community I can safely say, I live in my own private Idaho and hide my dumbness without being discovered. Though friends will call me out.

Before I get to Ready Player One please note:

All of this makes me question why the frack am I doing this?

I had two recommendations for Ready Player One. One was @mollywood who is co host of Make Me Smart and Marketplace Tech. She is geeky, nerdy, smart, and cool. The other is a friend an adult has been a D&D Dungeon Master for two decades. He keeps notes on his weekly play with friends and he has an original Tomb of Horrors module. Both Moly and Mark thought RPO was a good read. Good enough for me.

So I begin listening, which I feel is cheating compared to reading, whatever. As I said, no review here. The references in Ready Player One to the 80’s are staggering. They go from D&D, to Rush, to Space Invaders, to Yars’ Revenge, and on and on and on. This link to RPO Allusions to Cultural References will show just how deep the references go. Some I knew, others I didn’t which meant, I stoped listening and looked up the reference. This was kind of the honeymoon moment where all is cool and I am in the zone of ‘oh shit wow’, this fits with this in to this. In my mind a gaming foundation was being laid after I already started living in the house. Surely I jest, a foundation it’s more like a sand castle.

As I listened to RPO I learned things that fit with my current delusional immersion in video console gaming or or said another way, I am rounding out what I was doing with the RPO history of gaming and the pre-esistence of so much more. RPO showed me what the real gamers knew and did while I spent the 80’s working, getting married, starting a business, buying a home, etc. From the vantage point of a widower sans children, skipping the 80’s to do all that means I don’t have to eat cat food today. Those friends who game were spending years building some serious muscle memory of anime, music, games, computers, and in general having the knowledge to pick up a game and know how to play. I am sure they will never eat cat food either. Each one is smart as frack.

I finished RPO and was seriously pumped that I was seeing/learning things I didn’t know. I was going to write an astute post about this and how cool all my new knowledge was.

After having been embarrassed on FB for posting bullshit fake stuff I said to myself “Self read a bit more about RPO.” If you ever get lost in magical thinking just go to Reddit and have your magic adjusted. Reddit comments on RPO comes down to, if you are really cool from the 80’s and know the references RPO is yawn so boring. And those from other age groups where pretty much in the same camp.

“It is pretty tiring. After reading it you can see why it’s recommended so much on here. It’s a good setting with the dystopian world, and the Oasis, but the book is pure nostalgia pandering and it’s quite tiresome. “and then when we were finished doing this cool thing you remember from your childhood we watched that movie you remember from your childhood.” Like ugh.”

“I got all of the references and hated the book. It’s like he’s trying to sell me a bad car covered with cool bumper stickers.”

In pure Reddit-ness there are pages and pages of comments and thoughts on RPO. The above two made me stop to think about this ersatz book report I was considering. My self awareness and self doubt made me take a long pause.

A week ago a dear friend and the one who introduced me to Destiny after trying for ten years to get me to game (I should have listened) had a Destiny LAN event with friends from various corners of the US. I dropped over. This friend carried me for years in Destiny and put up with my dumbness yet was always there for me to help and hand hold. These are all good people some even friends. The banter and teasing was fun. Trying to login to my PS4 was a fracking riot since it means using the controller to spell. It was removed from my spastic slow hands so an adult could enter it correctly. Did you know if you hit the left bumper it makes caps? Yup that is how newbie I am.

I played with them for a couple of hours got some great gear and moved up in my Crucible rank. Yes I was teased but not cruelly or without cause. My K/D ratio was sucksterville but they played with me and basically backpacked me. Another “You like me you really like me.” moment. I was still half way though RPO thinking about what I am reading and doing and how it all fits together.

The age difference between those guys in the LAN and me is easily 20 years and they aren’t kids so go figure. On the plus side they talk to me and accept me at my current age, skill, knowledge, and not-cool self. This is great and speaks to what the net and gaming can do. I know these guys and they to a person have hearts of gold and the ability to critically appraise complex ideas clearly. They can rub two brains cells together all the while making their avatars jump, shoot, run, and kill. Me walking and drinking water means I don’t have to wash my shirt tomorrow.

At the same time I feel I hold them back. That may be more, my perception is my projected reality. This is not said as the kid who never got picked for kick ball. This is, I have over reached my place and lot in life. The runway I have left combined with the attention span of gnat is not designed to make me a great video gamer. I will add my Low Frustration Tolerance is off the charts some days so imagine failing at an avatar jump, repeatedly. Cray Cray. I can get better but, never good enough for those I admire. These guys were Halo born and bred. That’s what makes them great to know and follow and screws my head up playing with them.

I am happy to do PvE (I had to ask what that meant), level up, get better weapons, and work to improve. I will never be Parzival. Leaving home is overrated as is believing there is magic in connections both in life and online. Unless you fit like a lego to other lego’s its unfair to them. People can only backpack you for so long you need to level up on your own.

This entire piece is less a criticism of me, anyone, or the world. It is more a dose of reality and to stop believing my own PR.