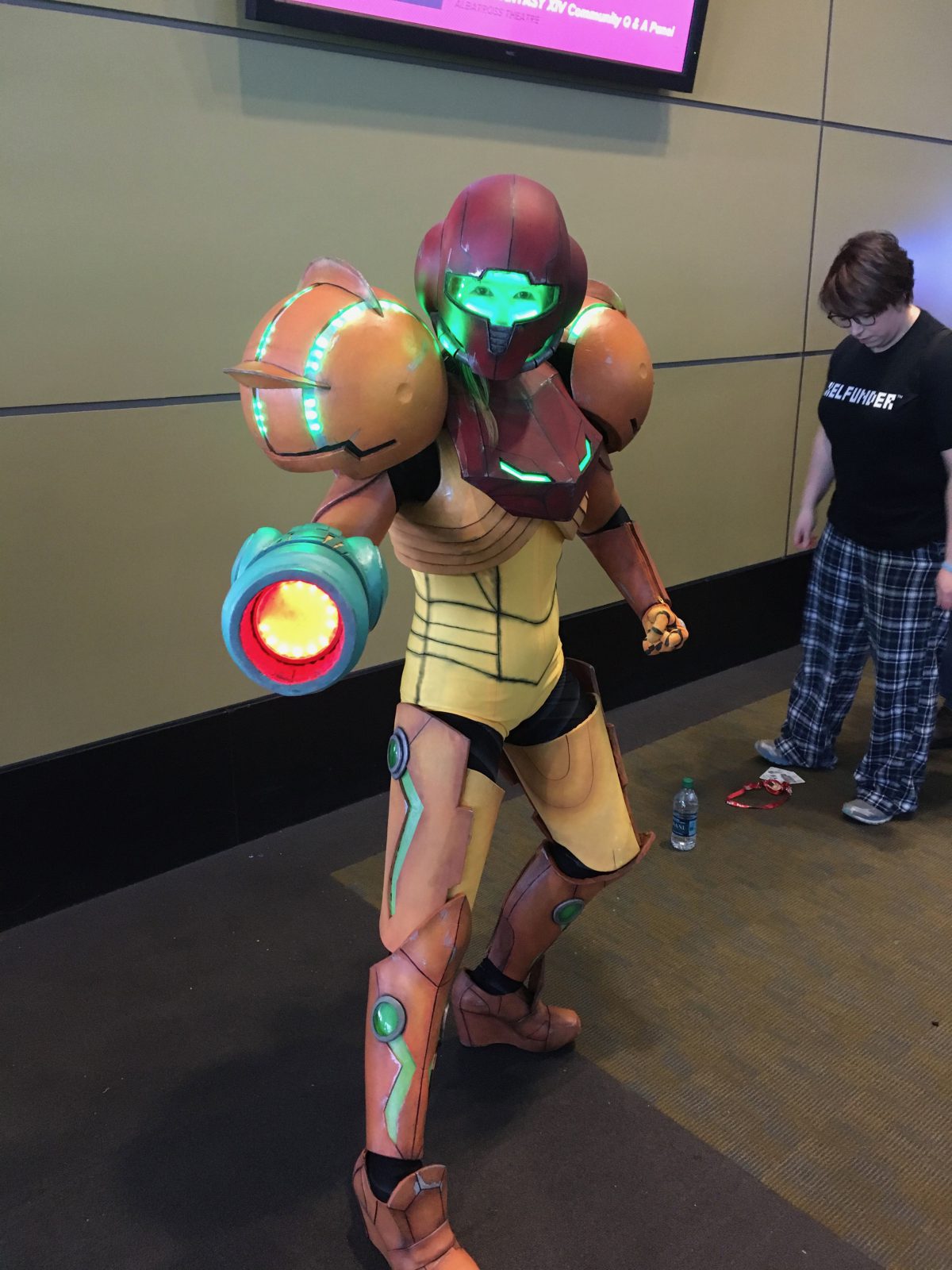 I’m on the train heading home with a few hours to consider my passage from my first PAX to my third. Here are three short takes from the first PAX, early Destiny, and gaming. Here, Here, and Here.

My First PAX: A Short Reflection was just that, a short reflection. As I reread it my premiss remains the same. The gaming community is embracing, supportive, and clearly engaged with each other through the art and science of gaming. I was stuck again by those same thoughts this time with three years and three PAX events. There is a diminishing of my eyes wide open shucks OMG response. I find myself being more focused on my engagement with specifics of the event and less on the magnitude of it all.

You can’t help but be struck by the size and energy of PAX. Estimates this year are 70,000 plus attendees. What strikes you when riding the escalator down to the show floor are the acres of booths large and small standing in neat rows with lanes between them. Vast areas are set up for table top games with over 100 tables and PC stations of 100s of computers for game play. Some of the booths are large Samsung, Blizzard, Nintendo, Twitch, etc. Most are small which is a testament to the independent community bringing forward games of all kinds. Big gaming is not trying to crush the little companies. Looking closer from this aerial vantage point you see movement of people along the corridors. Currents of water in rivers churning and flowing. Tall heads like white caps bobbing. Eddies of people caught at booths slowly moving in a rhythmic dance to see and touch. And ever so slowly breaking away to flow to a new river bank to stop. On the floor in the middle of it you are carried by flow of people and the structures blinking brightly along the banks.

At PAX there are these volunteers called Enforcers. They wear red T-shirts identifying them. Their role is to help attendees from things as simple as find the bathrooms to helping organize the crowds lining up for a lecture.

The magnitude of PAX is apparent when there is major session as with Mass Effect and its new series Andromeda. Enforcers are stationed every 100’ guiding those coming to queuing up. The main room where this event was being held holds about 1,000 people. Attendees were lined up hours earlier to attend this session and there were two to three times that many waiting to get in. No one cut the line no one got angry being turned away, community, community, community.

Walking the venue and the floor I noticed continuum of participants. Mom’s and Dad’s with small children, toddlers, babies, and teens. They are all engaged with the PAX surrounding them. It was not a parent taking a child to Six Flags it was mom dad gamers sharing the child’s wide eyed enthusiasm. The family that games together stays together. The babies and toddlers had ear protectors on. That did not minimize the saucer sized eyes and giggles as they absorbed this world. A child pulling at a hand steering dad to this or that. Watching a mom and dad at a gaming table having lunch with a toddler while setting up a table top game defined this as less about uniqueness and more about the simplicity of a family moment.

At the other end of the spectrum were the older folks like me in walking in groups laughing and talking as they went from session to session sharing impressions of what was learned. I wonder, have they been gaming forever or like me are they the new old gamers expanding the time till they expire with this activity. It sure as fuck beats Florida. What was their game of choice?

Between these life bookends are the teens and adults. Decked out in gaming logos. Carrying bags of swag, chattering. and laughing. There is no single uniform for this army and that is the uniform, the independence of statement wrapped around in the flag of your identified hero. There were the ones standing in long lines waiting to play a new game or use a VR headset. And doing so with no impatience talking to each other sharing their thrill being here. And the thrill of heading home or to school to brag about the new game or headset. They would stand five deep at small independent gamers booths to check out a game, buy swag, or look at board games. They are the raw energy that encircles PAX and creates a gravity pulling us all in. They believe in magic, hope, and fantasy. In the end they are the infectious nature of this community. They are looking for new, different, fun, fast, and more. And here is an oasis of unlimited of possibilities and challenges.

The cosplayers were a world to themselves. The costumes went from elaborate to subtle. Not one said no to a photo.

Walking with my major gamer bro Shaun and Diana I marveled at how they would identify character the cosplayer was, in a heartbeat. I think Shaun did not know one of the dozens we saw. Watching Shaun and Diana rate and respond was a lesson in their world and how they see gaming and comics. It is similar to those into cars rating a muscle car vs. a sports car. Different in that Shaun and Diana had played that game read that comic where the car lusters were wanting to drive the car that they may never afford. Some of these costumes were so intricate and detailed as was the makeup. All I could think this was a labor of love and being photographed.

There were individuals or groups of Power Rangers or Guardians from Destiny. There were comic and retro game characters. What spoke to me about this was toward the end of the day the cosplayers would be seen sitting on the floor playing a board game, talking, and sharing their day being who they want to be. Shaun pointed out a boy of about 14 years who had a prosthetic arm had his costume build around that arm. That is the magic of gaming and families.

Finally I noticed those with disabilities confined to wheelchairs were as engaged and thrilled about being there. Though I wondered the degree of challenges they had to overcome just to get there. To PAX’s credit they ensured that group had special access and the attendees made them welcomed. Fuck I was bitching to myself about carrying my messenger bag with my computer. Have passion will travel fits here.

I was lucky enough to be a plus one with Miguel for a Bungie community event. Three years ago in Seattle I went to a similar event which was close on the heels of Destiny’s launch. I pretty much stuttered effusively at that one. This one was less so but pretty much in awe of the world. Again I felt blessed and thrilled to be here. This made my weekend and PAX more memorable. I wrote a piece on the eight stages of gaming basically making fun of learning to use a controller. Sitting with friends and others talking about now I was feeling more controller control they pointed out what I kind of knew, they too had to learn and play repeatedly. The difference was they’ve been doing this for years and years.

At this Bungie event was a YouTuber I’ve been following BYF. I asked one of the Destiny people which one he was since I never met him. I went and introduced myself told my old new gamer story and how his videos have helped me fill in blanks. What a fucking gracious kind smart and embracing human he is. He was as real and genuine as I could have hoped for. This brings to life the reality of this community and how embracing it is for all who are entering new or not.

There is a take away from this PAX event. I’m glad I left the house to do this. Again my world opened a little and I found a bit more of me in me and the world. Six years in now I find myself being more confident at living in this world. Dare I say living at all. I am ready to consider some new games to learn. And more outside gaming. In a way this community and Destiny is moving me forward to learn and do more.

There is no closure on my personal grief. There may always be a slow dance with grief as a partner for self discover through the memories of everything, even something as simple as PAX. Though I wonder how much Donna would tease me about being a geriatric gamer with less than stellar skills.