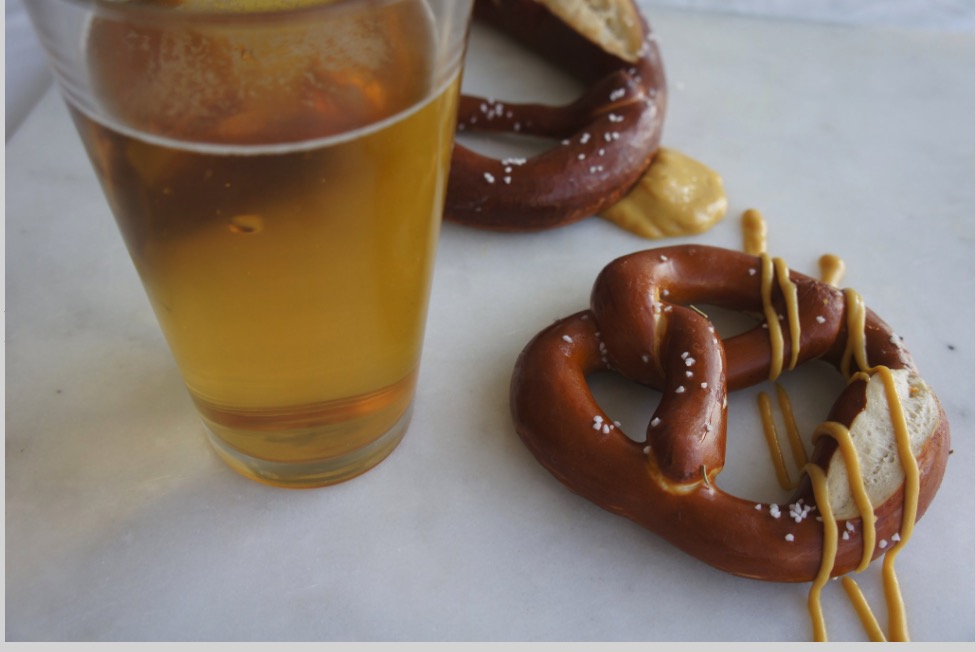 Time moves forward and we as humans move with time. Time and our lives get twisted as we move though life. Whether it’s paddling forward with the current to find a shoreline where we stop to explore. Or being carried downstream passing the point where familiar become unfamiliar. That is the polynomial equation of life: time, age, and reflection.

These past few years being carried by events surrounding me. Not powerless to changes as much as listless and supine. Donna became ill, passed away, my business and work became nonexistent. Meaning and purpose that were once part of life became abstract thoughts and longings for a time that was. This is aging. Many have written about aging especially the site Time Goes By. His thoughts and reflections on this and other aging topics are well considered and highly reflective. Yet there are moments or small events that buoy one to feel, all is not lost as we approach out expiration date.

Bronx Baking Company is one of these moments for me. I want to 1. Reflect on this company and its owner who I personally know and relate it to me then and now. 2. Give a shoutout to a fabulous company and product.

Alexis is the founder and owner of Bronx Baking. I met her through the space I was renting a desk at during Donna’s illness and death. When we first met she was mulling over the idea of a Bakery. I was struck by her drive and brains. And her Bronx attitude. She takes no shit. Kind of fits into my reference point for women.

Alexis was born and raised in the Bronx on Arthur Ave. She has an enthusiasm verging on aggressive for the Bronx. So the location was set for her. Next came the product, real German style pretzels. Alexis set out to find recipes, talk to German Bakers, test, sample, and do it all over until they were perfect. And then she started baking. At first small. Then in a shared space. And now her own space. When she opened her own space she bought equipment, cleaned the space, set it up, and tested production. To her getting here feels like forever and feels like failure delayed. For me watching it is so fast and just another step to proving your meaning and purpose. All the while she was selling product to new customers. Improving the recipe. Solving delivery problems. Snaking a grease trap. Managing account receivable. Tweeting, Instagraming, Facebooking, and more. Metaphorically those pretzels are made with sweat and tears. Metaphorically, ok. A delicious pretzel.

I could go on. There is really nothing unique here for anyone that started and ran a small business. Big deal. Or not. Consider the fact that in the US about 3% to 4% of Americans start a business. Failure is part and parcel of owning a small business as is working your ass off, having debt, and loosing sleep every night. As I said, an average day nothing special for a business owner.

I watched Alexis. I helped her with some marketing. I tried to be a cheerleader. All the while in my mind I kept thinking I was there once. My friends were there once. This is so inspiring to see and know that what we did in old timey days still feels the same. The damn the torpedo and full fucking steam ahead let’s do this lives in the Bronx, in her pretzels, and in Alexis. It lives in those that create an app or drive for Lyft. It lives in those who want to find a way to thrive and not submit. And there my friends is the importance of this. My life’s meaning and purpose may be on the wane either from external issues or from my own being stuck in this emotional amber of life. Watching Alexis and Bronx Baking and in a small way being part of it and it is thrilling. I relieve what once was. I get motivated to do this and that. I am learning new things. Being in the presence of my past is keeping me centered on the present. Helping Alexis and Bronx Baking helps me. And she gives me a pretzel once in a while.

Bronx Baking sells some serious real German style pretzels and pretzel bread. They are sold locally in NYC at bars and restaurants. Where great beer is made. Alexis offers them retail (here). Do yourself a favor, you like beer? A pretzel is a must have side dish. Get some for yourself and see. You can thank me later.
This month the food court Eataly is featuring Bronx Baking products. You can find Bronx Baking on Instagram Bxbakingco, Twitter @BxBakingCo Facebook and Pinterest.